In the human civilization, automation by mechanical and electrical devices have helped us to gain abundance of food supply through productivity gain. Automation is further enhanced by electronics. Now we are in the age of information where compumation and digimation (someone has coined these words to emphasize the leap in automation by computers and digital information), the humans are not only vulnerable in their replacement by machines and robots as brought by automation to take away their jobs but humans are more vulnerable in losing more jobs and the controls of their lives by computers and digital information. As humans, we must maintain and sharpen our only priceless asset, human brains, in order to create productive jobs and maintain control of our destiny. It is sad to observe that many children in our school systems are not motivated to excel in intellectual work nor to challenge their brains. As they grow up, what jobs they can perform in a world full of compumation and digimation? Some will say Sports players will make a good living. I will say, wait till  a team of football robots are created who can jumper higher, throw precision passes and catch all passes with indestructable bodies, what can human  do then but watch them? Someday, some smart people will figure out: with hundreds of millions of dollars one can perhaps build the undefeatable robot football team instead of buying a human team with unpredictable future. Haven't we witnessed that robotic and cartoon figures are even taking away the celebrity advertising jobs? What is our course of action then? Focus on our brains now, only great human brains can create, contribute, control and deal with compumation and digimation.

The Marblewits © games are created for your entertainment as well as for stimulating your brain health and analytical skills. Marbles are fascinating for young children even for adults. Many games have been invented based on marbles. Marblewits are created under the philosophy of Headutainment. They are great travel companions since the game rules are simple and the games are short but challenging and they can be played by all ages. The games are based on mathematics. As a Headutainment game, they are intended for people who like to use their brains and sharpen their brains while having fun.

There are numerous Marblewits game patterns. The following are four examples called Hexagon, Pentagon, Square and Triangle Marblewits game respectively. These wits-challenging games are won by the one who can remove the last marble from the marble pattern following the permissible moves. The rules for the permissible move are usually very simple. For instance for the Triangle Marblewits game, the permissible moves are removing marbles of one, two adjacent or three forming the smallest triangle, all of the same color. Generally, two people can play to compete in wits. However, more people can play as well, particularly if the game rule is changed to 'the one who is forced to remove the last marble loses'. These games are based on math and logic. They are fun to play and they are a challenge to your brain.

Marblewits games offered by Medical World Search use fabric or glossy paper for boards so that they can be rolled up into an easy-to-carry volume. Flat marbles are used so they will not roll away and get lost. With a little more cost, you may order special boards with holes to play with round marbles if you like.

The following are some examples of Marblewits games. For more detailed descriptionYou may click the page: Sudoku Puzzles and Comparison with Marblewits Games.

All Rights Including Copyright of  The Marblewits Games Are Reserved 2004 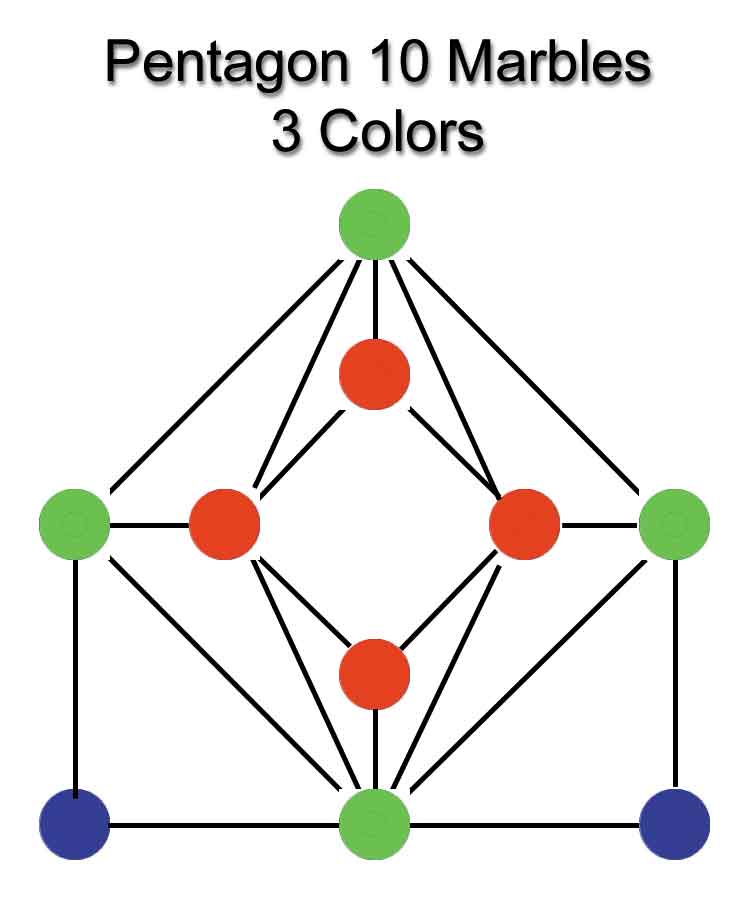 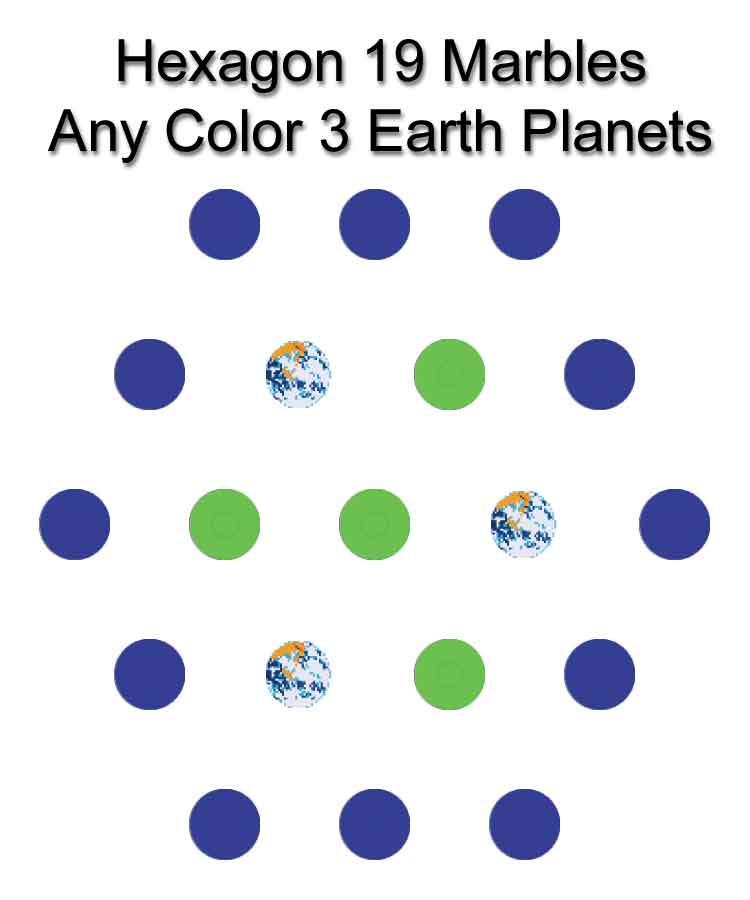 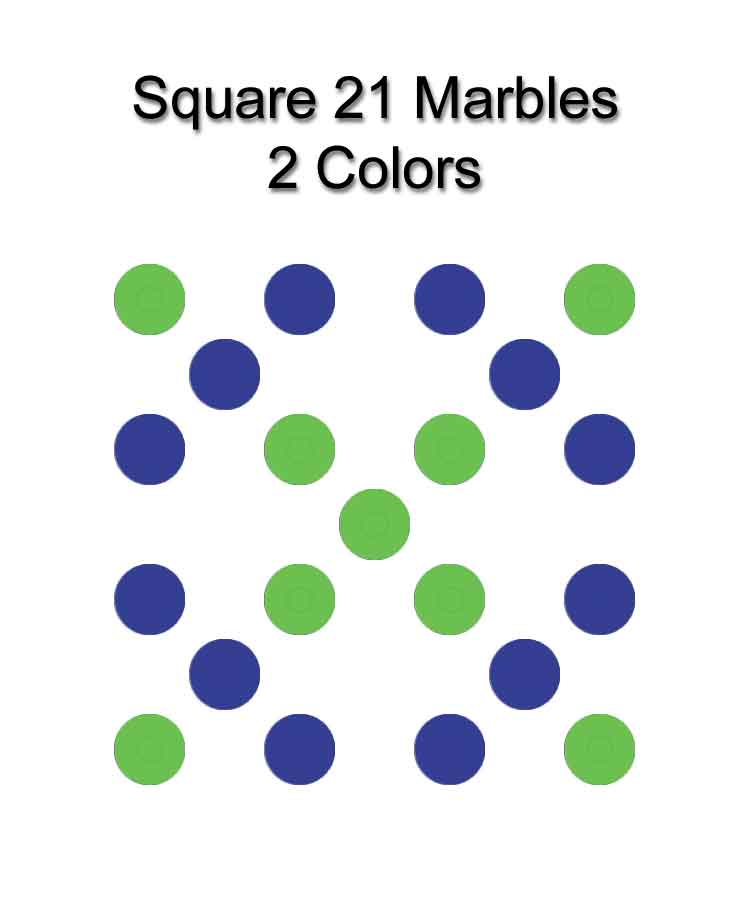 Marblewits games can be ordered online.  Use the Braino Scrammble online order form to purchase, the cost is $12.50 excluding tax, shipping and handling. Please include the order item name MBW (Marblewits). The game includes four games, board, marbles, instructions and idea for creating more Marblewits games.  You are welcome to write to the inventor scrammble@ipo2u.com to explore new Marblewits games. For volume order and/or licensing, please write to MWSearch@mwsearch.com. Special discount is available for teachers and school orders.

To see other games created by Dr. Chang, Click here.